We will attempt to simplify English grammar for a better understanding of South African Sign Language.  If you are looking for more elaborate and detail explanations of English grammar, please read "Oxford A-Z of Grammar & Punctuation" written by John Seely.

Definite Articles = 'the', Example: The pen is blue.

Syntax  = The sequence in which words are put together to form a sentence.

Eight Parts of Speech  In Sign Language, it is known as Elements of sentence construction = All the parts that make up a sentence.

To remember the Eight Parts of Speech / Elements of sentence construction, we have created an acronym called PAVIN PAC, which stands for:

What Is a Preposition?

A preposition is a word or a group of words that is placed before a noun or a pronoun to show a relationship in a sentence.

Sentence example: His going to work.

What Is an Adverb?

Most of the time when you see a word+ly it is usually an adverb.

What Is a Verb?

A verb is the most fundamental element of sentence construction. Every sentence must have a verb!

What Is an Interjection?

An interjection expresses strong emotion or surprise; it functions independently in a sentence. Usually followed by a comma or exclamation mark.

Sentence example: 1) Ouch! You stepped on my toe! 2) Ah, that is an excellent car.

What Is a Noun?

A noun is a person, place, animal,  thing or an idea.

What Is a Pronoun?

A pronoun functions as a replacement for a noun.

Sentence example:  Jenny is sleepy, she is always tired.

What Is an Adjective?

What Is a Conjunction?

Sentence example: 1) Johnny and Mpho are going to town. 2) You can have the blue hat or the brown hat.

The pattern we use in English is:

The boxer hit his opponent.

The girl kisses the boy. 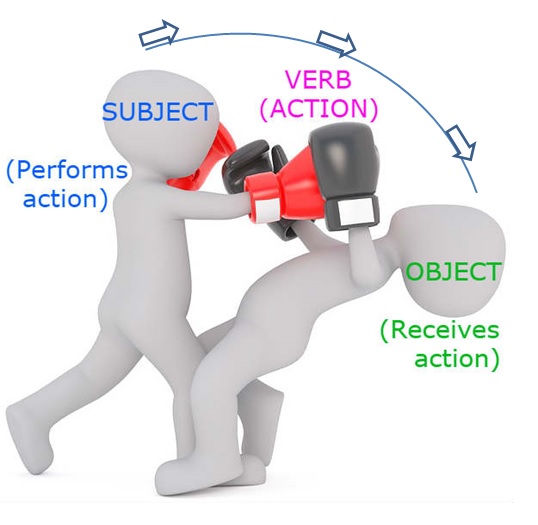 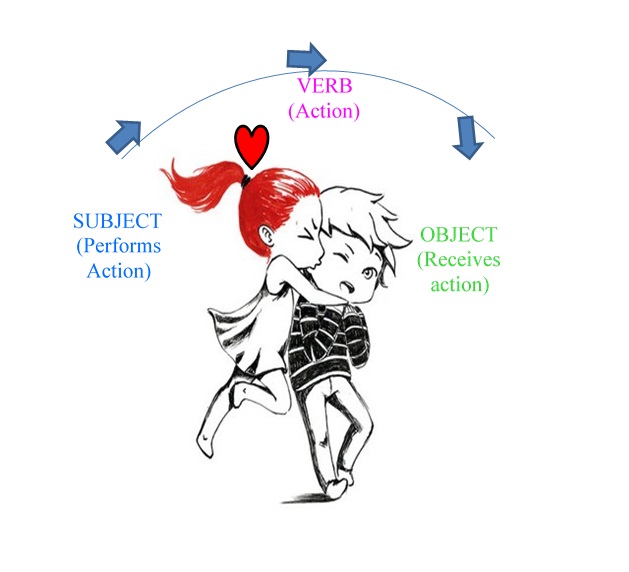 The pattern we use in South African Sign Language is: 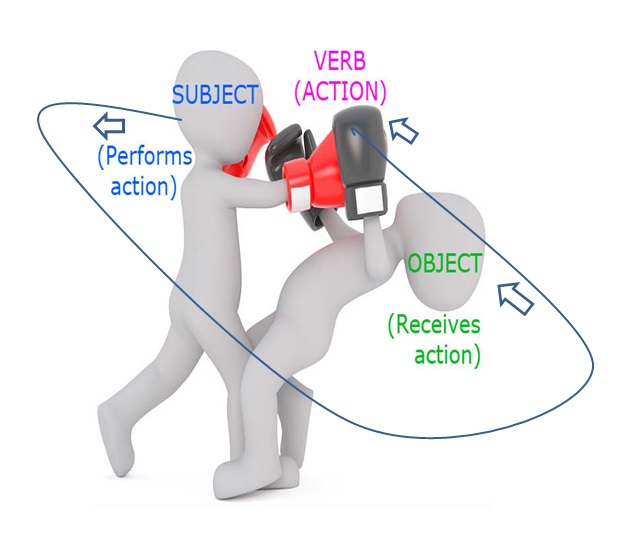 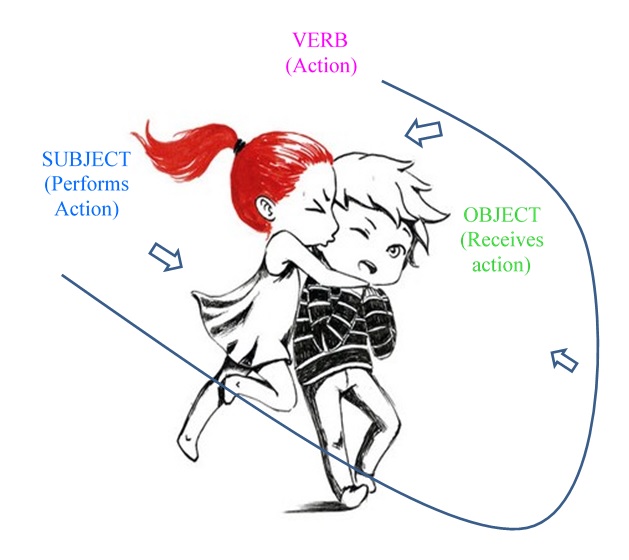 Did you notice that we don't use indefinite articles such as 'an' or 'a' in Sign Language?

Did you notice that we didn't use, verb + 's'? In Sign Language, the verb always stays in base form. Example: 'Kick', 'kicks' or past tense 'kicked' remains 'kick' in Sign Language.

How do you know which one is the subject, verb or object?

Answer: Mike  (Mike is the subject).

Answer: John (John is the object).

To determine the verb, ask: "What action is performed?"

Answer: hit (hit is the verb)

We can use sentences for four primary purposes in communication:

1)  to make a statement (positive or negative): That boy is from Ghana.  A cow cannot drink cola.

2)  ask a question: Is that a piece of paper that you are eating?

3)  to give an order or make a request: Don't put your finger in his ear!

4)  to make an exclamation: How expensive that house is!

2.  If you need to ask a question, the question comes at the end of the sentence.  Example: MAN KISS WHO

3.  If there is time or date involved, the time or date comes at the beginning of the sentence.  Example: YESTERDAY, MAN GIRL KISS

4.  If there is time or date required when asking a question, the structure will be as follows:  Example: LAST WEEK, MAN KISS WHO?

Now that you have recapped on the basics of English, you are ready to learn the basic grammar of Sign Language.