What is a classifier?

Let's look at a few scenarios below:

Let's imagine you are in France and want to purchase a soccer ball for your child.  You go to the counter and ask the cashier in English: "I want to buy a ball".

The French cashier looks at you and does not understand.

>Using only your hands, how would you describe what you need?

You are at a hardware store to look for a hosepipe, the guy behind the counter is Deaf.

How can you show him you are looking for a hosepipe?

At a coffee shop, you show the Deaf barista that you would like a little bit of milk with your coffee. She looks at you, and you describe with your one hand that you need a "little bit".  How would you show it?

In scenario one, did you use two of these handshapes?: 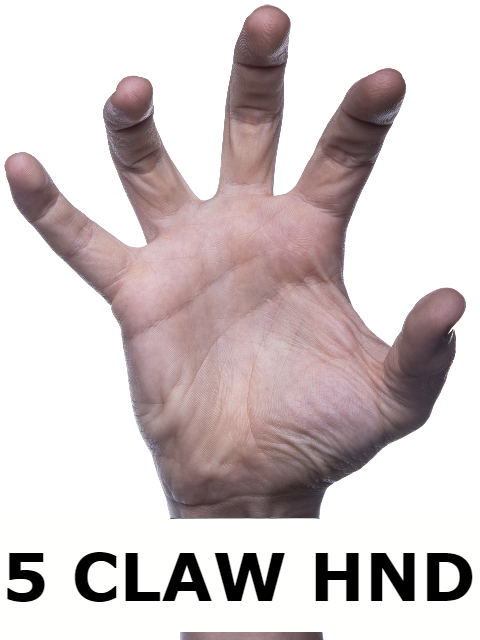 In scenario two, did you use two of these handshapes?: 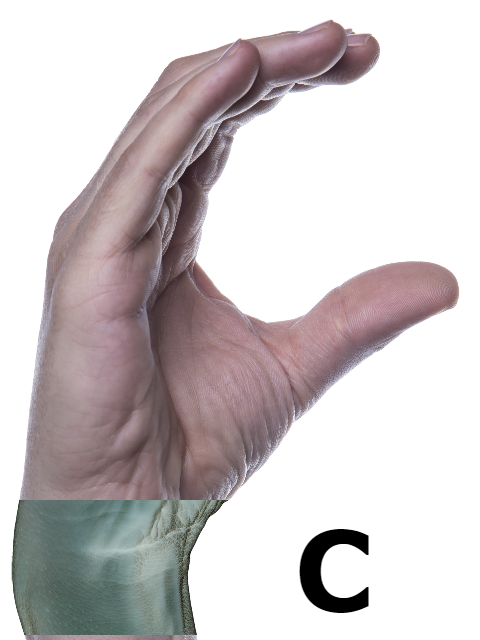 In scenario three, did you use this handshape?: 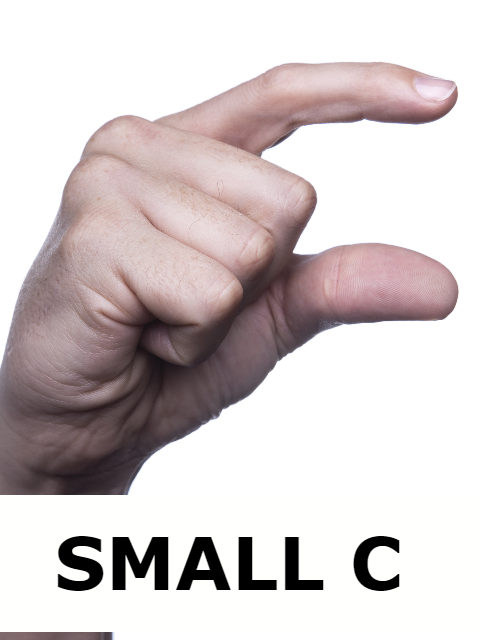 If you did, then well done!  You have used a few classifiers to indicate what you need.

This type of classifier works in conjunction with other classifiers.

Most classifiers, if not all, work well with other classifiers and are usually not stand-alone.

In how many ways can we use classifiers?

When to use classifiers? 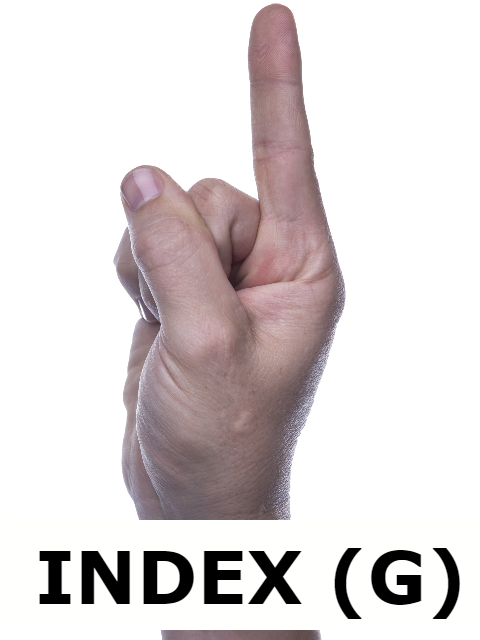 P-classifiers, are usually used in conjunction with other classifiers and don't function too well on their own. For all other classifiers, there is a lot of freedom and they can be used almost at any time during signing to clarify the message or to add humour, action or drama. By pointing to the classifier "G-HAND", establishes the classifier as the individual which name you just spelt. Now everytime you point into the direction of where the classifier was, everyone, will know who you are referring to.